What are you looking for ?
skip to main | skip to sidebar
Home » Technology » Windows Azure

Posted by Wael.Medhat Posted on 3:26 pm with No comments
Technology ,
{[['

What is Windows Azure?

Windows Azure is an open and flexible cloud platform that enables you to quickly build, deploy and manage applications across a global network of Microsoft-managed datacenters.
It provides both platform as a service (PaaS) and infrastructure as a service (IaaS) services and supports many different programming languages,
tools and frameworks, including both Microsoft-specific and third-party software and systems. 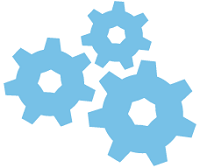 Windows Azure is Microsoft's cloud application platform. Windows Azure can be used to build a web application that runs and stores its data in Microsoft datacenters.
It can connect on-premises applications with each other or map between different sets of identity information.
In June 2012, Windows Azure released the following new features:
Websites allows developers to build sites using ASP.NET, PHP, or Node.js and can be deployed using FTP, Git, Mercurial or Team Foundation Server.
Virtual machines let developers migrate applications and infrastructure without changing existing code, and can run both Windows Server and Linux virtual machines.
Cloud services - Microsoft's Platform as a Service (PaaS) environment that is used to create scalable applications and services. Supports multi-tier scenarios and automated deployments.
Data management - SQL Database, formerly known as SQL Azure Database, works to create, scale and extend applications into the cloud using Microsoft SQL Server technology.
Integrates with Active Directory and Microsoft System Center and Hadoop.
Media services - A PaaS offering that can be used for encoding, content protection, streaming, and/or analytics.
The Windows Azure Platform provides an API built on REST, HTTP, and XML that allows a developer to interact with the services provided by Windows Azure.
Microsoft also provides a client-side managed class library which encapsulates the functions of interacting with the services. It also integrates with Microsoft Visual Studio, Git, and Eclipse. 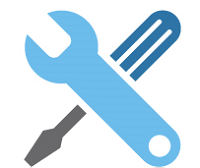 Web sites - High density hosting of web sites. This feature was announced in preview form in June 2012 at the Meet Windows Azure event.
Customers can create web sites in PHP, .NET, and Node.js, or select from several open source applications from a gallery to deploy.
This comprises one aspect of the Platform as a Service (PaaS) offerings for the Windows Azure Platform.

Virtual machines - Announced in preview form at the Meet Windows Azure event in June 2012 the Windows Azure Virtual Machines comprise the Infrastructure as a Service (IaaS) offering from Microsoft for their public cloud.
Customers can create Virtual Machines, of which they have complete control, to run the Microsoft Data Centers.
As of the preview the Virtual Machines supported Windows Server 2008 and 2012 operating systems and a few distributions of Linux.
Since May 2013, the Virtual Machine offering left the preview state and went into General Availability state (GA).
Cloud services - Previously named "Hosted Services", the Cloud Services for Windows Azure comprise one aspect of the PaaS offerings from the Windows Azure Platform.
The Cloud Services are containers of hosted applications. These applications can be internet-facing public web applications (such as web sites and e-commerce solutions),
or they can be private processing engines for other work, such as processing orders or analyzing data.
Developers can write code for Cloud Services in a variety of different programming languages; however, there are specific software development kits (SDKs) started by Microsoft for Python,Java, node.JS and .NET. Other languages may have support through Open Source projects. Microsoft published the source code for their client libraries on GitHub.