What are you looking for ?
skip to main | skip to sidebar
Home » M i X » First White Knight ( Richard Stallman ) 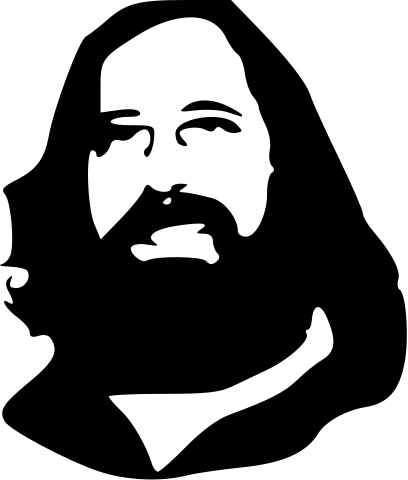 Richard Matthew Stallman (born March 16, 1953), often known as an American software freedom activist and computer programmer. In September 1983, he launched the GNU Project   to create a free Unix-like operating system, and he has been the project's lead architect and organizer. With the launch of the GNU Project, he initiated the free software movement; in October 1985   he founded the Free Software Foundation.

Stallman pioneered the concept of copyleft, and he is the main author of several copyleft licenses including the GNU General Public License, the most widely used free software license. Since the mid-1990s, Stallman has spent most of his time advocating for free software, as well as campaigning against software patents, digital rights management, and what he sees as excessive extension of copyright laws. Stallman has also developed a number of pieces of widely used software, including the original Emacs, the GNU Compiler Collection, the GNU Debugger, and various tools in the GNU coreutils He co-founded the League for Programming Freedom in 1989. 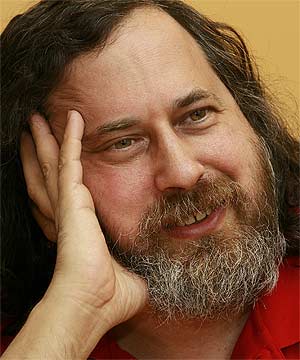 Stallman announced the plan for the GNU operating system in September 1983 on several ARPANET mailing lists and USENET.
Stallman started the project on his own and describes: "As an operating system developer, I had the right skills for this job. So even though I could not take success for granted, I realized that I was elected to do the job. I chose to make the system compatible with Unix so that it would be portable, and so that Unix users could easily switch to it."
In 1985, Stallman published the GNU Manifesto, which outlined his motivation for creating a free operating system called GNU, which would be compatible with Unix. 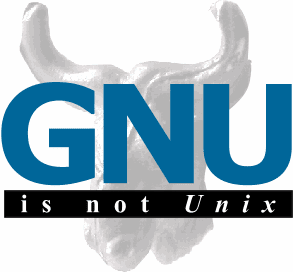 The name GNU is a recursive acronym for "GNU's Not Unix." Soon after, he started a nonprofit corporation called the Free Software Foundation to employ free software programmers and provide a legal infrastructure for the free software movement. Stallman is the nonsalaried president of the FSF, which is a 501(c)(3) nonprofit organization founded in Massachusetts. Stallman popularized the concept of copyleft, a legal mechanism to protect the modification and redistribution rights for free software. It was first implemented in the GNU Emacs General Public License, and in 1989 the first program-independent GNU General Public License (GPL) was released. By then, much of the GNU system had been completed.

Stallman was responsible for contributing many necessary tools, including a text editor (Emacs), compiler (GCC), debugger (gdb), and a build automator (gmake). The notable exception was a kernel. In 1990, members of the GNU project began a kernel called GNU Hurd, which has yet to achieve the maturity level required for widespread use.

In 1991, Linus Torvalds, a Finnish student, used the GNU development tools to produce the Linux kernel. The existing programs from the GNU project were readily ported to run on the resultant platform; most sources use the name Linux to refer to the general-purpose operating system thus formed. This has been a longstanding naming controversy in the free software community. Stallman argues that not using GNU in the name of the operating system unfairly disparages the value of the GNU project and harms the sustainability of the free software movement by breaking the link between the software and the free software philosophy of the GNU project.
Around 1992, developers at Lucid Inc. doing their own work on Emacs clashed with Stallman and ultimately forked the software into what would become XEmacs. 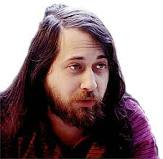 People who don't value their freedom will lose it. If you give people freedom but don't teach them to value it, they won't hold on to it for long. So it is not enough to spread free software. We have to teach people to demand freedom, to fight for freedom. Then we may be able to overcome the problems that today I see no way to solve.
Richard Stallman