What are you looking for ?
skip to main | skip to sidebar
Home » Microsoft Project » In the Beginning

Posted by Wael.Medhat Posted on 4:04 pm with No comments
Microsoft Project ,
{[['

Microsoft Project 2013 is brimming with features to help you manage any kind of project, but you have to know something about project management to make those features sing.


What’s So Special About Projects?

Projects come in all shapes and sizes, from a child’s birthday party to the inauguration of a new president of the United States. What’s the common thread that unites all projects and makes them different from other kinds of work?

Here’s one definition: A project is a unique endeavor with clear cut objectives, a starting point, an ending point, and (usually) a budget.

Unique is the most important word in that definition, because every project is different in some way.

Clear-cut objectives are necessary if you want any hope of reaching the end, staying within budget, and making customers happy.

A project begins at one point in time and ends when it achieves its objectives (although some projects seem interminable).

Budgets play a role in most projects, because few people consider money irrelevant. In addition to achieving the objectives within the desired time frame, you also have to keep the price tag within an acceptable range.


What Is Project Management?

Project management is the art of balancing project objectives against the constraints
of time, budget, resource availability, and quality. Achieving that balance requires
skill, experience, and a boatload of techniques.

Novices sometimes think of project management as building a sequence of tasks,
but those in the know recognize that project management starts before a project
officially begins and doesn't end for a while after the project’s objectives are achieved.
There’s no one “right” way to manage projects ,but most methodologies cover the
following five phases 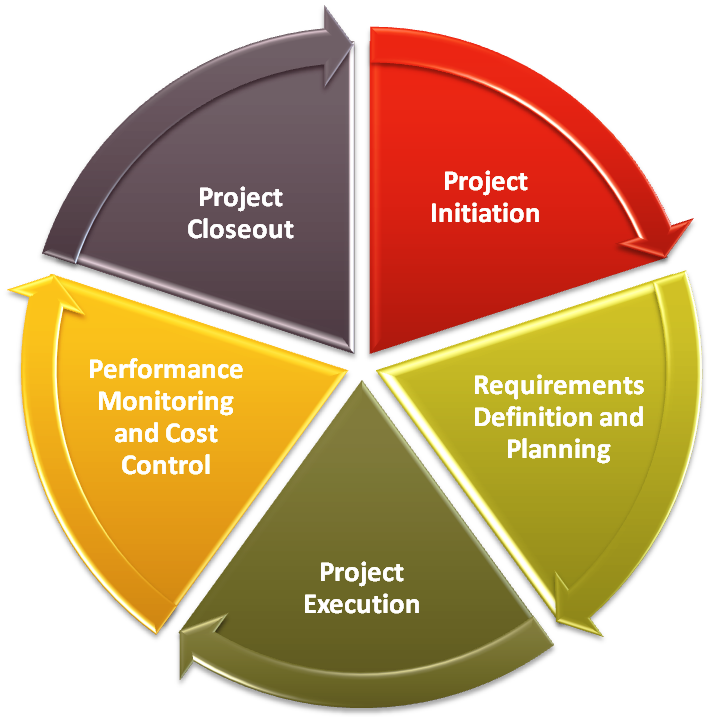 Identify Who Has a Stake in the Project

Commitment comes from all levels of an organization, from the executive-level project sponsor to the people who work on the project every day. Project stakeholders get their name because they have a stake in the project’s outcome. They either give something to your project—like the managers who provide the resources you use or they want something from it, like the sponsors who support your fundraiser in exchange for publicity.

Identifying stakeholders can be tough. Some people don’t realize they’re stakeholders, like the development team that learns about a project when they receive a list of requirements for a new website. Other people pretend to be stakeholders but aren't, like a department that gets chummy because they see your project as an inexpensive way to get their new database. If you’re not careful, your project can gain extraneous requirements but no additional money.

The process of building a project plan helps you identify stakeholders. For instance, the purpose of the project and who benefits from it tell you who the customer and sponsor are.
Project objectives help you identify which groups participate in achieving those objectives.
The responsibility matrix identifies the groups involved in a project and their level of involvement, so it acts as a checklist of stakeholder groups.
Of course, you still have to identify the specific people to work with within those groups. When you start to build your project team, the list of functional managers and team members falls into place.